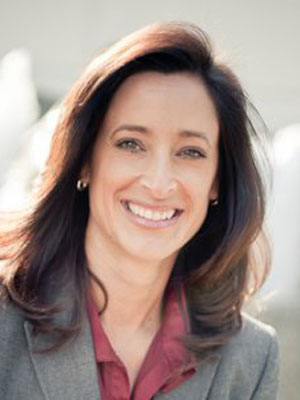 By Robert Sher
It was one of those woo-hoo kind of days in 2006 for CEO Jodi Andrews and her co-founder and President Inger Arum of Pro-Trials, a clinical trials staffing firm in Mountain View, CA.  They had just gotten a call from a loyal client with impeccable financials.  This client wanted to award ProTrials a contract that would double their business and fund their entrance into a new but related market segment.  What a validation for the great relationships the two founders had maintained with their clients over the years.

Yet two weeks later, they walked away from the opportunity, which was quickly snapped up by the competition.  What happened?

After the first moments of exhilaration, Ms. Arum’s intuition began to slow her enthusiasm.  “I listen to my intuition, and it’s rarely wrong”, says Arum.  She worried about being asked to do too much too fast.  The relationship that paved the way for the opportunity was built on excellent performance, and the expectation would be no less in this case.  The founders engaged in a deep debate about what to do.

As much as this client preferred that ProTrials do this work, the fact that this client already accounted for 50% of their total revenues meant that any failure-to-please on this new contract could have big consequences for the firm.  Even if they succeeded, the concentration risk and dependency on this large client would be even greater.  While the ProTrials team had the knowledge on board to do the job well, it would still require quickly doubling the staff of specialized medical personnel spread throughout the country, a daunting task.

By saying yes, they would be risking their relationship with the client.  But they were certain that they would not be “punished” by saying no up front.  Reputations in marketplaces and relationships with clients are usually built slowly over a period of years.  But relationships can be quickly destroyed with a few bad decisions.  The fundamental question is this:  If a company takes on a big challenge and the project is more difficult than expected, how much spare capacity and resources do they have to throw at the project?

Founded in 1996, the two founders had an excellent working relationship with each other.  Ms. Andrews was the “outside” partner charged with business development, and Ms. Arum was the inside operations partner.  Andrews had learned to appreciate Arum’s intuition and conservative nature and Arum had seen the benefits of growth stemming from Andrews’ charge-ahead, action orientation.  But they’d never had an opportunity so large that it threatened to polarize them.  They took it slow, and discussed the decision in a series of conversations, collecting data and sharing their thoughts.  “There is something special about being business partners who are women.  We communicate well, not only in objective facts and data, but about our feelings and intuition”, says Ms. Andrews.

Most partnerships don’t work well.  One of the fundamental pitfalls is when the personal objectives of the partners diverge.  Big opportunities often make partners aware that the potential of the business is different than the original plan, and it can pull partners apart.  While partners can and do often choose to go their own ways, doing so in the middle of a stressful and difficult-to-execute opportunity often destroys value for everybody.    They enjoyed working as a team.  But the team went well beyond Arum and Andrews.

Their company had already been growing at a 25-30% annual growth rate.  Given the short time frame for execution, there was no time to add and properly onboard upper level executive talent that would run the new operation to their expectation of quality and customer service.  It would be up to the existing team.

Top teams and employees in general can stretch and go into hyper-drive, but only for short durations.  Their energy and attitude will begin to erode without proper rest and mental rejuvenation.  The leaders of any firm must know when the team can run hard, and when they need a recharge.

The founders of ProTrials wanted to grow the business, but not at the expense of their management team and their still-young families.  Arum had embarked on building new home, and had a terminally ill mother-in-law.  Andrews was busy balancing work and family. Each had two children in preschool and elementary school.

They looked at it all, and decided against doubling down.  The relationships they had built—with clients, employees, each other and with their families were too important.  They said no.

While they believe they could have made a good run at it, the competitor that said yes failed in their efforts, and no longer has any business dealings with the client.  Their relationship was ruined.

ProTrials doubled their size anyway, but at a slower pace that supported all the critical relationships in their lives.  Today, that client is still among their best, but is well balanced by a broad book of business from other clients.  That whoo-hoo day has become a sustainable, relationship-driven woo-hoo ride for twelve years now.

Robert Sher is author of The Feel of the Deal; How I Built a Business through Acquisitions, speaker and consultant, and long-time CEO.  He may be contacted at robert@ceotoceo.biz or www.ceotoceo.biz

Takeaways:
1. Listen to your intuition when these large opportunities arise.
2. The goal isn't growth: It is either building long-term value or keeping the lifestyle you enjoy.  Quick growth is usually hard, and done poorly can decrease the value of a company.
3. Think about all the important relationships in your life, and how they could be affected by saying yes.

The Alliance of Chief Executives is an active community of business leaders that focuses on deep strategic exchanges, challenging existing assumptions and generating fresh ideas.

Subscribe to our newsletter and stay up to date with the latest Alliance news!